Pupils starting school this year with Primary 1 classes at Cramond Primary School in Edinburgh were invited to participate in a Pinewood Derby! A great opportunity for the young people to show off their creativity and craft skills, building their own car to race with their new friends 🙂

For adults coming along to support their child there was also the chance to meet other parents, some new to the school and others with experience of having older children at the school. Perhaps also comparing notes with other dads, grandparents and siblings who might have been involved in building the cars for the race!

There was a wide range of car designs, with Batman, The Flying Scotsman and “Cars” film characters being represented, as well as Thunderbird 2. Trophies were awarded to the top 3 racers that made it into the final, and there were 2 design awards up for grabs. For almost all of the participants this was the first time they had ever seen a Pinewood Derby, let alone taken part. This was the third Pinewood Derby fundraising / social event organised and run by the Cramond Parents & Staff Council, and we’re looking forward to the next one already! 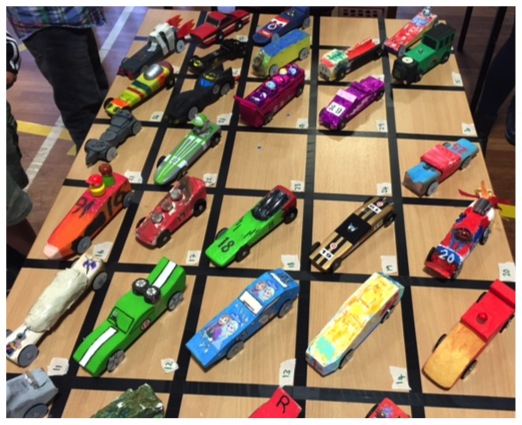